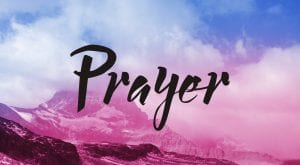 Pray that God will shake loose everything that keeps believers from walking in faith and obedience.

Pray that God will shake loose everything that keeps those who are not following Jesus locked in their unbelief.

About midnight Paul and Silas were praying and singing hymns to God, and the other prisoners were listening to them. Suddenly there was such a violent earthquake that the foundations of the prison were shaken. At once all the prison doors flew open, and everyone’s chains came loose. The jailer woke up, and when he saw the prison doors open, he drew his sword and was about to kill himself because he thought the prisoners had escaped. But Paul shouted, “Don’t harm yourself! We are all here!”

The jailer called for lights, rushed in and fell trembling before Paul and Silas. He then brought them out and asked, “Sirs, what must I do to be saved?” Acts 16:25-30